The body is an evolving system, built of parts subsumed from their surrounds.
VALERIE is an animated typographic music video exploring the themes of body dysmorphia and the changing perception of self through a gender non-conforming lens. It tackles these ideas through the interpretation of the body as a clinical vessel, a shifting and changable program characterised by my thought and experiences of self identity expressed in violent, abrasive type and image.

Made with Adobe Indesign, Adobe Illustrator, Inkscape, After Effects and Resolve FX. 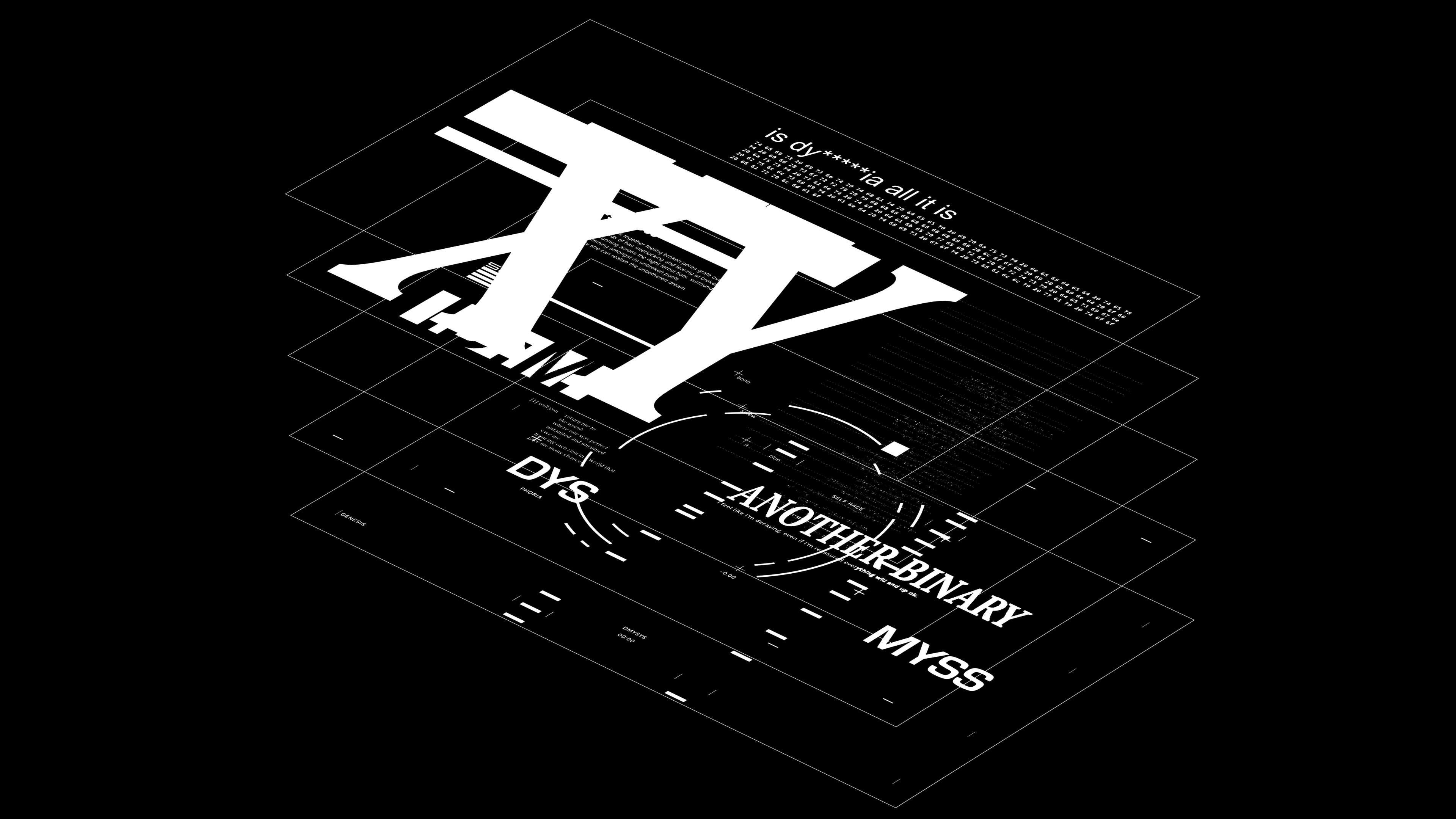 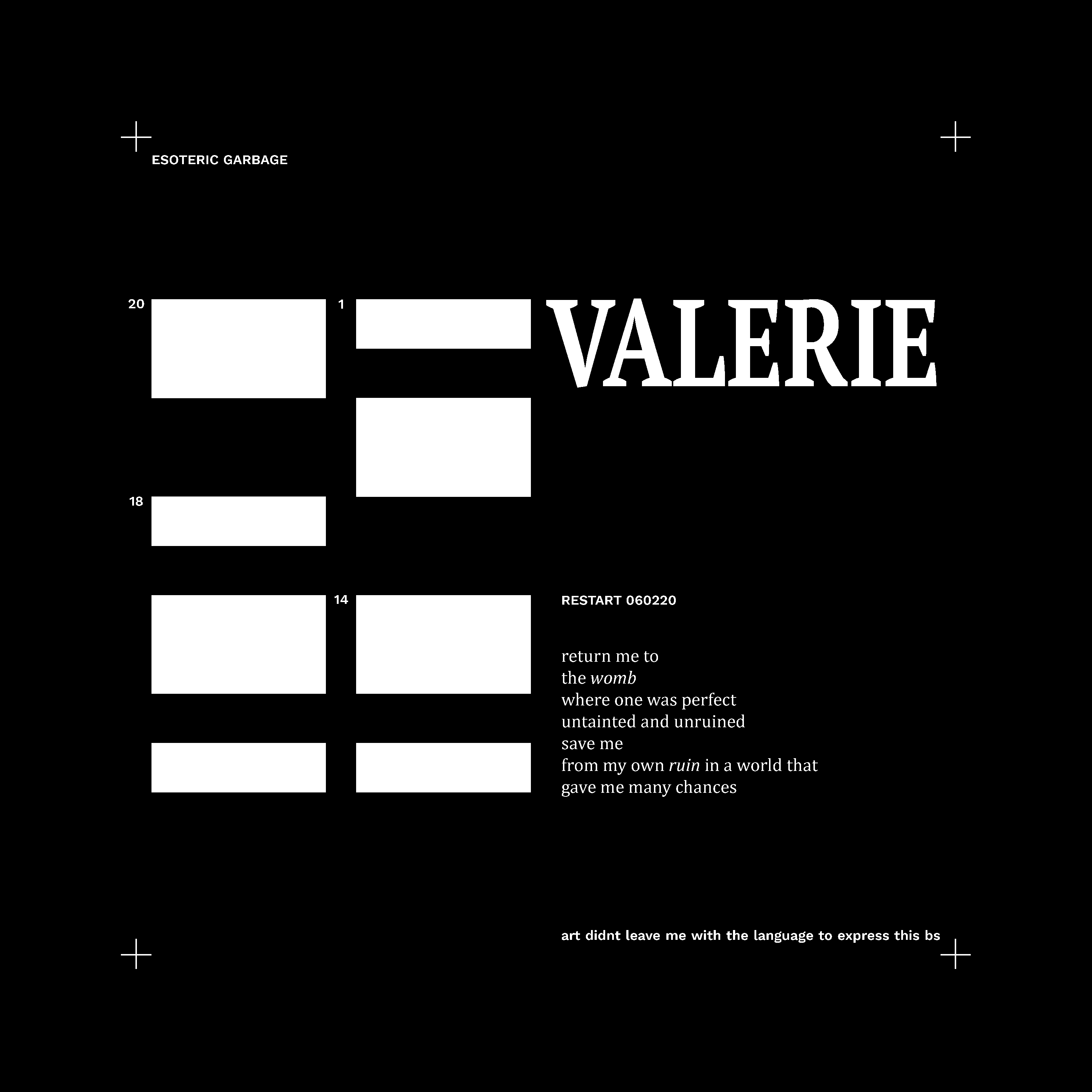 Each screen was create initially as layouts in Indesign, with modular parts animated in After Effects and composited in Resolve FX as layers.

Additional CD cover art was created in accordance with the themes and writings of the music video.